The Dean of Students Affairs of the Ogun State Technology Institute, Oluyemi Odutola, has threatened to rusticate a student, Clement Damilola Olatoye, #TakeItBack Campus Coordinator, for participating in a protest against rape.

‪Odutola in a telephone conversation with Olatoye also accused him of having a close relationship with Omoyele Sowore, publisher of SaharaReporters, whom he claimed was against the President of Nigeria, Muhammadu Buhari.

The official threatened to deal with the student for also being behind petitions condemning some draconian policies of the management of the institution.

Odutola said, “Am I speaking with Clement from the SLT Department, you are the one that has been writing a petition against the school, do you know that your studentship is at stake?

“The President of Public Administration gave us full details of what is going on, he said you are with Sowore. No problem, by tomorrow, lately by 2pm tomorrow, you must be in the school premises to face the panel. If not, your studentship is at stake and you might not graduate from the school.

“Do you know that that guy in Public Admin is a mandator? Do you know him? You don’t know? You will get to know him.

ON TAPE: OGITECH Threatens To Rusticate #TakeItBack Campus Coordinator Over Relationship With Sowore

Giving more details into the incident, a student of the institution, who is aware of the threat being faced by Olatoye, told SaharaReporters that there was a plot to label the TakeItBack Campus Coordinator a member of a cult group so as to expel him from the school.

“The Dean of Students Affairs is currently threatening to rusticate our comrade for his opposition to the anti-student policies of the management and his relationship with Mr Sowore.

“They are in fact blackmailing him with cultism and have also demanded that he appears before a kangaroo panel in school with his student identity card,” the student disclosed.

#OGITECHSAGA: What Actually Happened By Clement Damilola Olatoye by Sahara Reporters on Scribd 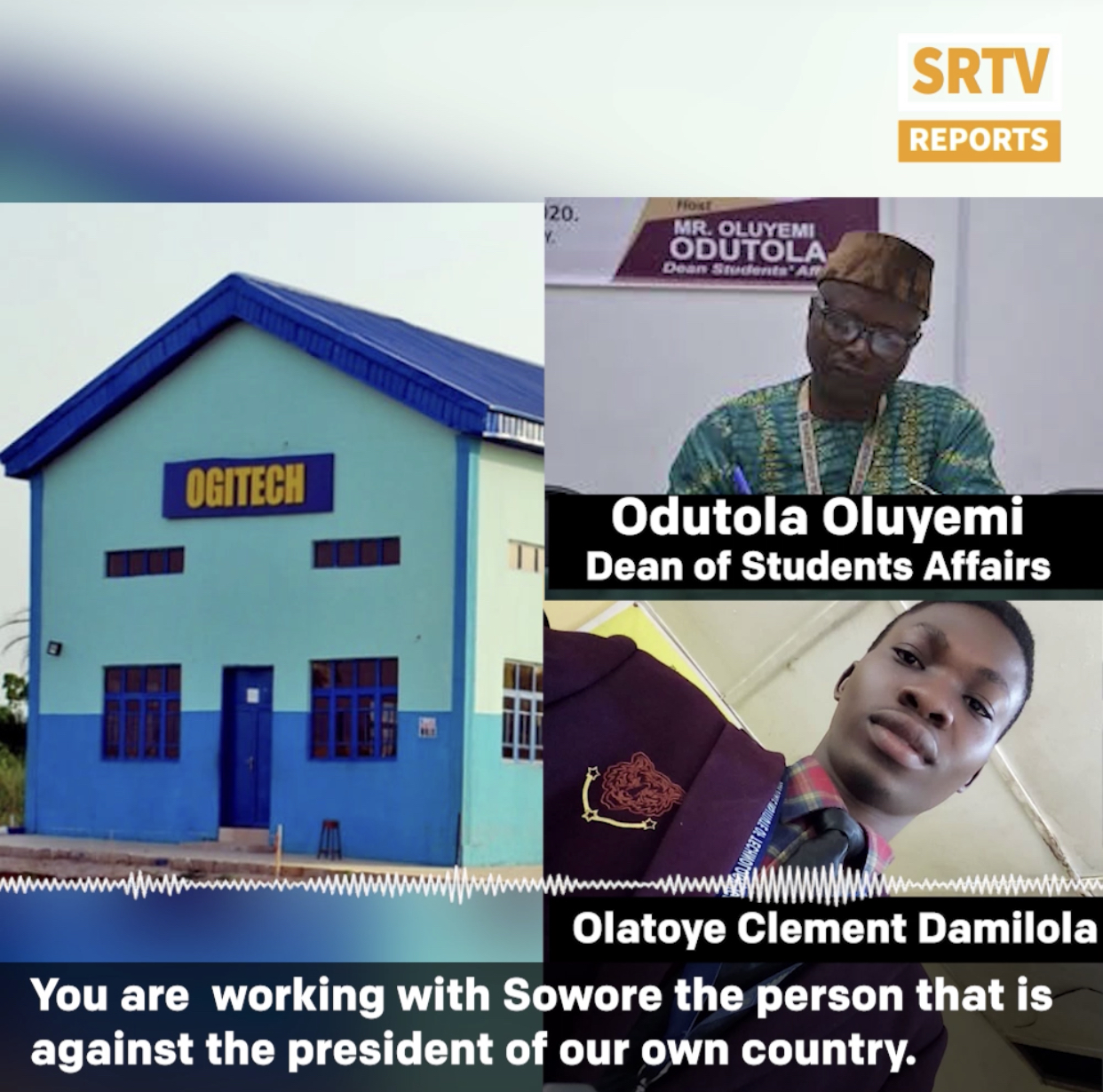