The plot to impeach deputy governor of Ondo State, Mr Agboola Ajayi, thickened on Tuesday as all aides attached to his office were sacked by Governor Rotimi Akeredolu.

The affected aides, according to Akeredolu in a statement by his Chief Press Secretary, Mr Segun Ajiboye, are to submit all government property in their possession.

Governor Akeredolu had earlier relieved Mr Allen Sowore, Special Assistant on New Media to the deputy governor, of his duties.

The latest development is not unconnected with the defection of the deputy governor from the All Progressives Congress to the Peoples Democratic Party on Sunday.

Ajayi however, maintains that he remains the deputy governor of the state despite leaving the APC. 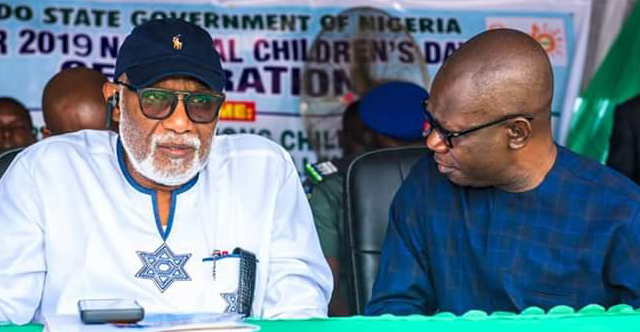