A mild drama ensued on Saturday night after Ondo State governor, Rotimi Akeredolu, instructed security agents to block his deputy, Agboola Ajayi, from packing out of Government House in Akure, the state capital.

The deputy governor and some personal aides had gone to the Government House to move out personal items ahead of the planned defection of Ajayi to the Peoples Democratic Party in preparation of the October 10, 2020governorship election in the state.

SaharaReporters gathered that the newly deployed Commissioner of Police, Mr Bolaji Salami, acting on the governor’s instructions repeatedly barred the pilot vehicle of Mr Ajayi from moving his personal belongings out of the compound.

For over several hours, the deputy governor and aides were seen in a video footage arguing with the security personnel blocking their exit from the Government House.

A media aide to the deputy governor, Mr Allen Sowore, confirmed Saturday’s incident to our correspondent.

He said, “We could not leave the Government House for several hours yesterday as they refused the deputy governor to pack his personal belongings.

“At a time, the deputy governor had to ask the position of the Commissioner of Police in this matter because the way he acted was just too low of him as a public officer.”

There had been a cold war between Ajayi and Akeredolu, which became visible shortly after 2019 general election when the APC lost the presidential election in the state.

The relationship broke down completely after the deputy governor began boycotting all activities of government including that of the party in the state.

Ajayi has concluded plans to leave the APC to PDP where he could possibly emerge their candidate for the governorship election slated for October. 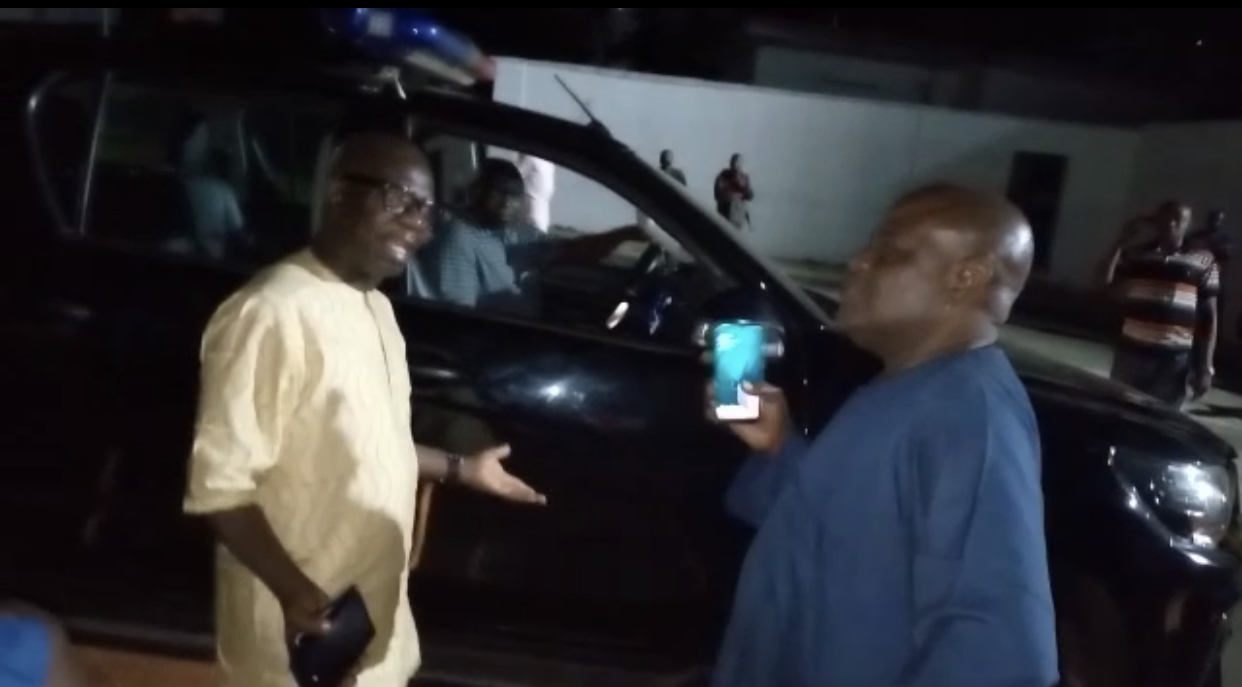