A petition seen by SaharaReporters has fingered Grace Gepke, Permanent Secretary of Nigeria’s Ministry of Information and Culture, in a multi-million naira fraud.

According to the document, the minister in charge of the ministry, Lai Mohammed, was instrumental to the release of millions of naira for different unexecuted projects.

The petitioner, Clifford Ume, in the document addressed to the Special Presidential Investigation Panel to look into the activities Gepke, alleged flagrant abuse of office and massive corrupt practices by the official.

The petition reads partly, “The alleged budget appropriation for programmes and projects excluding centres abroad and Abuja Carnival of the culture and tourism arm of the ministry is N450m for both the 2017 and 2018 respectively.

Federal Ministry of Information and Culture

“That the successive embezzlement of funds meant for the operations and maintenance of the purported fake cultural centres abroad dates back to 2013.

“That the Abuja Carnival budget appropriated for 2017 and 2018 amounted to N198.4m and till date the huge sum appropriated remains unaccounted for.”

The petitioner also alleged that Gepke had over the years been involved in private business operations through the use of Fehi Group of company belonging to her brother, Mr Christain Gekpe, who acts as a front to execute official events meant for the department in the ministry.

The document added, “She has been using her brother for the production of all the Abuja Carnival publicity materials since she assumed office as an assistant director in the said ministry and parastatals to launder the ministry’s fund through Itigidi Raw Talent Hunt 2019 Easter Entertainment Fiesta held on April 20- 21, 2019 which was appropriated in the ministry’s budget.”

In its report to President Muhammadu Buhari seen by SaharaReporters, the SPIP listed individuals and corporate organisations, who made suspicious payments into the Permanent Secretary’s account.

The panel also said it was analyzing the involvement of Mohammed in the fraudulent acts.

It said, “That Grace Gekpe is the present Permanent Secretary, Federal Ministry of Information and Culture.

“That most of the suspicious inflows in Grace Gekpe Isu were made by herself in millions of naira.” 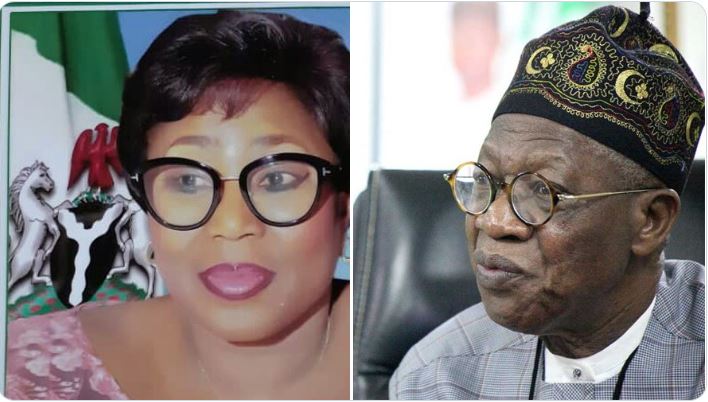