Residents of Niger State have blamed the Nigerian Government for the ongoing killing by bandits in the state.

The residents made the declaration during a peaceful protest on Tuesday to demand an end to the incessant killings in the state by bandits and gunmen.

SaharaReporters had reported that no less than five people were killed in recent attacks by gunmen on some villages under Shiroro Local Government Area of Niger state.

In expressing their anger at the recent killings, residents of the state marched to the palace of the Emir of Minna, the state capital, to demand an end to the activities of bandits in the Northern region of the country.

The residents lamented that their sources of livelihood had been destabilised, urging the government to take responsibility for the killings.

“The most important thing is to let the whole world know that the government has failed us and we are appealing that we are responsible citizens as we cannot carry weapons and fight. We have people who are fighting on our behalf, they have failed us and even some of them have been killed.

‘President Buhari Has Failed Us’, Niger Residents Say As They Protest Killings By Bandits

WATCH: ‘President Buhari Has Failed Us’, Niger Residents Say As They Protest Killings By Bandits…

“We want the government to be responsible, especially the political class and our service chief. They must be responsible to protect the lives and properties of citizens.

“If that is not done, then there is no nation. They must behave themselves and do the needful, otherwise what is happening will be a tip of the iceberg,” one of the community leaders said. 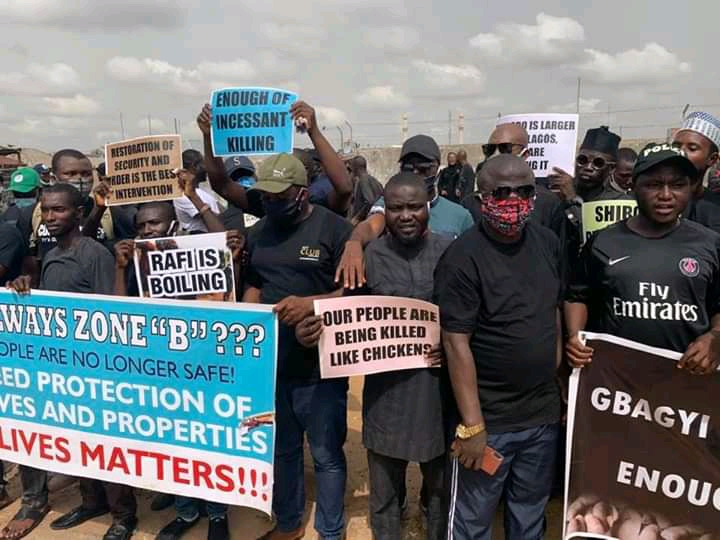