SaharaReporters has uncovered new facts about how the jet of Wale Tinubu, Chief Executive Officer of Oando PLC, played a major role in the beginning of events that led to the fracas within the Aso Villa, which has since pitched Aisha Buhari, wife of Nigeria’s President, Muhammadu Buhari, against some power brokers also known as the “cabal”.

SaharaReporters had exclusively reported how Sabiu ‘Tunde’ Yusuf, Personal Assistant and Private Secretary of President Buhari, was forced out of the Villa by Aisha’s aides to observe a 14-day self-isolation having exposed himself to the risk of contracting Coronavirus when he travelled to Lagos on a visit to his wife, who recently delivered a baby.

However, new facts have revealed that the real cause of Tunde’s ordeal was that he illegally procured Wale Tinubu’s private jet with registration Number T7f-JAT.

The jet, A Falcon X 900, which is registered to an undisclosed company, is operated by Empire Aviation in Lagos.

Yusuf upon arriving Lagos had reportedly asked Tinubu for his jet for a quick trip to London’s Stansted Airport.

SaharaReporters’ findings show that a second jet belonging to Tinubu, a Bombardier Express 7000 with registration number VP-CBT, travelled to London on June 7, 2020 but the British authorities told our correspondent that a manifest submitted to them did not include Yusuf’s name, also the TJ-JAT Falcon X jet took a dash to London’s Stansted on June 6, 2020 and did not have him onboard.

SaharaReporters could not confirm if the two jets conveyed passengers for an international flight from Nigeria to London, United Kingdom, during the lockdown period on the instructions of Yusuf.

The journeys are a disturbing disregard for internationally recognised protocols on Coronavirus and violates the movement restriction order of the Nigerian Government.

Even though the ADC to President Buhari and his Chief Security Officer couldn’t verify Yusuf’s trip to London, the suspicion that he was part of passengers, who boarded Tinubu’s private jet to and fro London set the alarm in the Villa and a plot was hatched to force him into isolation upon return to Abuja.

Moreso, after Tinubu’s jet arrived Lagos from the UK, it conveyed Yusuf back to Abuja.

Sabiu ‘Tunde’ Yusuf in an aircraft

Insiders within Aso Rock informed SaharaReporters that Yusuf did not initially receive the permission of the Federal Ministry of Aviation to embark on the illegal journey and that it was close to flight departure that calls were made to Minister of Aviation, Hadi Sirika, to pressurise him into granting the flight permission.

It was during the process that Aisha’s camp got wind of the illicit use of Tinubu’s jet for the unauthorised journeys.

When Yusuf returned to the Villa, even his elderly confidant, Mamman Daura, declined to have contact with him due to the fear of Coronavirus.

SaharaReporters gathered that two of President Buhari’s daughters, Halima and Zahra both approached Yusuf and passionately asked him to leave the residence of the President in Aso Villa to self-isolate as there were strong suspicions that he travelled to the UK and could have contracted Coronavirus.

Sources said Buhari’s daughters were jittery that their father could contract the virus from Yusuf due to his old age and that lately the President has developed a cold twice.

While engaging Yusuf, Halima and Zahra pushed him and this led to a breakdown of law and order as he fought back by pushing Halima to the ground.

The ADC to their mother and her escort commander seized the opportunity to thoroughly beat Yusuf, who had to run for his life.

Eyewitnesses informed SaharaReporters that security aides chased after Yusuf to continue the beating but he was lucky to scale the fence and escape into Daura’s compound.

Seeing him climb the fence, DSS operatives in the vicinity shot into the air.

Mrs Buhari’s team claimed her police aides did not carry any arms at the time of the confrontation.

Peace brokers in the Villa have insisted that Yusuf should apologise to Aisha and that the First Lady and all parties in the crisis should seek the forgiveness of President Buhari to end the clash, which had now turned into an international embarrassment for the Presidency. 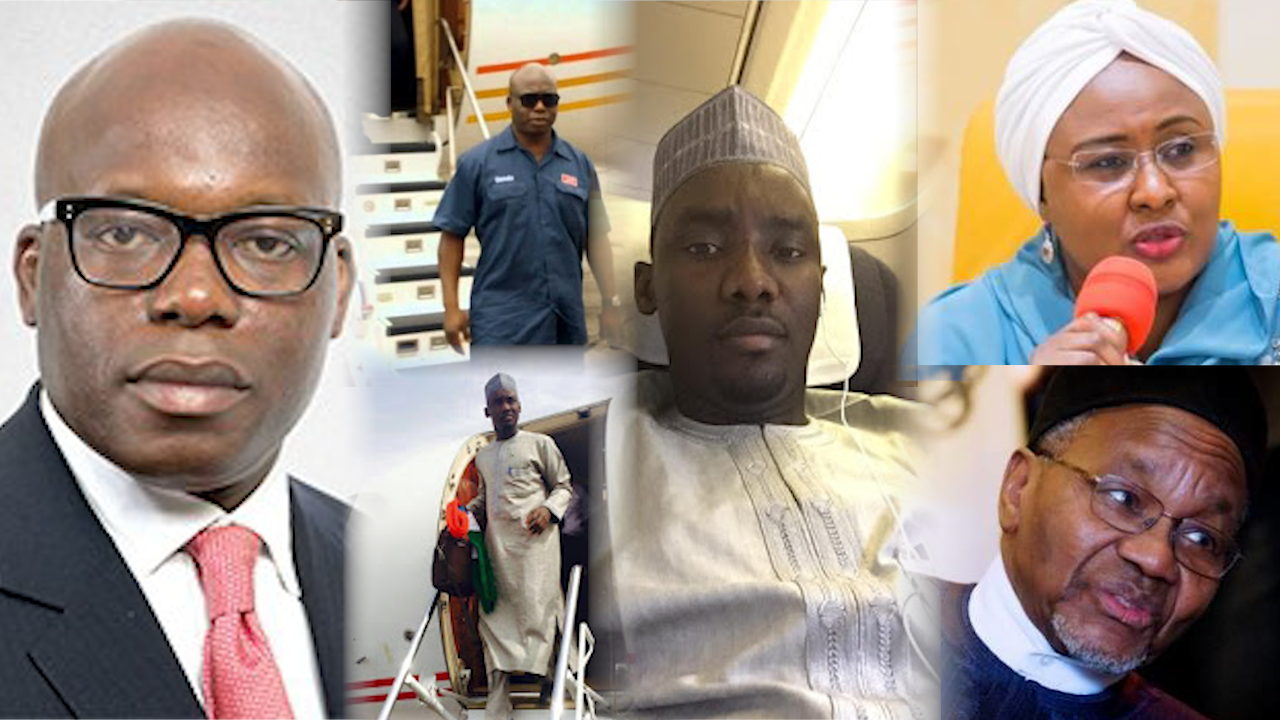